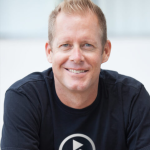 Jeff Byer has been designing identities and building websites since 1995. He is the CEO and co-founder of Print Fellas LLC, and the President at Byer Company, a division of Jeff Byer Inc, a web design company in Los Angeles. Jeff has a Bachelor of Arts Degree from the Annenberg School for Communication at the University of Southern California. He is a certified Project Manager by Franklin-Covey and has qualifications in Photoshop, Illustrator, HTML, PHP, JavaScript, MySQL, SEO, Bing Ads, and Google Ads. Jeff Byer is a co-author on 5 US Patents related to content management systems he has created on the internet.

This site uses Akismet to reduce spam. Learn how your comment data is processed.

Inbox Rage, or Ragebox, or InRage

Whatever it is, we will send you a message every Tuesday with updates to the show, the hosts, and Marie Kondo.

DigitalRage.fm is a podcast about all things internet. From marketing to technology, we will discuss the latest topics and interview leaders in the industry.